Dominica (doh-min-EEK-ah) is a small island just north of South America in the West Indies, bordered on the west by the Caribbean Sea, and on the east by the Atlantic Ocean. It is a small, mountainous island comprised of rain forests and beautiful winding rivers. The people of Dominica are primarily Christian, English speaking, and hardworking. They are mostly farmers, bananas being a major crop. Many people in Dominica work as fishermen.  In large, the people of Dominica are poor and have limited access to eye care or eyeglasses. In September of 2017, the entire island was completely ravaged by hurricane Maria. 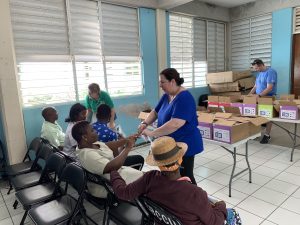 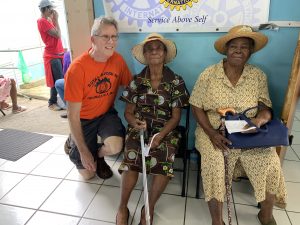 This January marked my 13th mission trip to deliver eye care and eyeglasses to the people of Dominica. I went as a member of the Michigan VOSH (Volunteer Optometric Services to Humanity) team. Our team consisted of 10 optometrists, 7 optometric student interns, and 21 other special volunteers, including opticians, nurses, and optometric techs. We also had great support from the Rotary Club of Dominica.
Over a 1-week period, we visited 5 clinics throughout the island and were able to help over 1,600 very deserving and appreciative people. 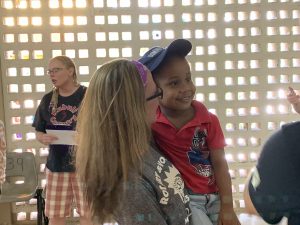 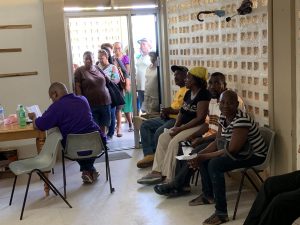 So, here’s to the people of Dominica, who through their kindness and hospitality gave us as much, or more than we were able to give them!