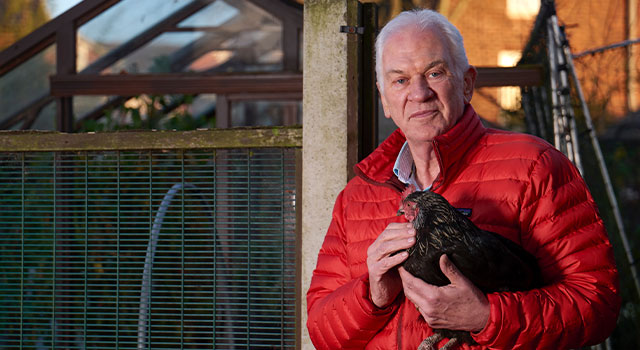 Cataracts most often affect people over the age of 40, but sometimes younger people develop this sight-threatening eye condition, which is characterized by a cloudy buildup on the eye’s natural lens. Lifestyle, congenital conditions, damage to the eye and illnesses can all cause early cataracts.

Cataracts occur when the lens inside the eye becomes cloudy or opaque. Most frequently, this is caused by the breakdown of proteins in the ocular lens, which is located behind the iris and the pupil. As the protein cells of the lens age, they lose their clear appearance. This can be imperceptible at first, but as the proteins break down further they start to clump together and the first symptoms may develop.

The first noticeable signs of a cataract are cloudy vision, muted colors and sensitivity to even moderate light.

While most elderly adults will eventually develop a cataract, there are several conditions that cause cataracts in younger people, even newborns, including:

Some babies are born with congenital cataracts, which are the primary cause of treatable childhood blindness. The global prevalence of congenital cataracts is close to 15 per 10,000 children. However, due to higher standards of health care, the incidence is 2 per 10,000 births in the U.S. In most cases, eye surgery is required to remove infant cataracts, followed by vision correction, including contact lenses or glasses, to ensure the child’s vision develops properly and the risks of the child developing a lazy eye are reduced.

Congenital cataracts are usually caused by a mother’s illness during pregnancy, such as:

Babies born to women who took tetracycline antibiotics during pregnancy are at an increased risk of developing congenital cataracts.

Other causes of congenital cataracts are related to metabolic problems, inflammatory conditions, infection, diabetes or trauma.

Children, teens and young adults are prone to accidents, and a cataract can form in the eye after a traumatic injury to an eye. The most frequent types of eye traumas include:

Eye injuries can occur while playing a range of sports. Getting hit in the eye with a ball or a hockey puck, a BB gun fired into the eye, corrosive chemicals or a spark from a firecracker entering the eye are examples of traumatic eye injuries.

According to a 2018 study in Eye, diabetics have twice the risk of developing cataracts.  Although this can occur when the diabetic is young, the risk increases in middle age.

The link between diabetes and cataracts is related to blood sugar fluctuations. Diabetics can lower their risk of developing early cataracts by effectively controlling their blood sugar.

Certain drugs, such as steroids and statins, may increase the chances of developing cataracts at a relatively young age. According to a study published in the Canadian Journal of Cardiology (December 2014), those who took statins to control cholesterol were in the group that developed early cataracts, although further research is needed before a direct connection can be determined.

According to the International Atomic Energy Agency, people who are exposed to low-dose ionizing radiation may have a higher risk of developing early cataracts. This type of radiation is used in X-rays and CT scans, so healthcare personnel who work in radiology departments should take extra care to protect their eyes.

Certain lifestyle factors may be associated with the early onset of cataracts, including:

Maintaining a healthy weight, refraining from smoking, and wearing protective sunglasses when outside in the sunlight are proactive ways to improve your general health and could possibly reduce the likelihood of developing early cataracts.

If you believe you are at risk for developing early cataracts or have questions about cataract treatment, contact The Eye Disease Management Center at New Baltimore Optometry in New Baltimore to schedule a consultation today!

Q: What are the main symptoms of cataracts?

Q: How are cataracts treated?